Why Donald Trump Will Lose the Presidential Election

Branding is everything, both in business, in life, and in Presidential elections. You carry a brand wherever you go, even if you don’t own a business. People can either flock to or befriend you because your personal brand (your “it” factor) exudes warmth, a sense of trust, and a likeability. Or it can go the other way — especially if you suddenly remain untrue to the brand people were once acclimated to.

Donald Trump’s brand is an incredibly powerful one, both from a financially successful business point of view, but also because it goes beyond the real estate world from which it dug its roots. The Trump brand is all over the place — in media and reality TV shows, apparel, jewellery, fragrances, golf courses, fundraisers, and more. These are all good things to have associated with your brand.

Recently, the Trump brand has taken a turn for the dramatic worse. The Presidential Campaign has turned the brand into a vehicle to promote divisiveness, anti-establishment, and vitriol. A series of mis-steps, incorrect usage of social media (don’t use it to spread hate and nonsense, use it to showcase what you stand for and what your platform is), gaffes (don’t yell at babies), and out-of-character statements (enough with The Wall already) are quickly turning a juggernaut of support for Donald Trump into a quagmire of “what were we thinking?”

Straying from the brand turned Donald into a character who most could have rallied around, into someone who’s brash attitudes and weird ideologies, which was more or less acceptable and entertaining on a reality show like The Apprentice into a source of buffoonery. He’s quickly losing his passionate supporter base — those types of people who cried when Bernie Sanders officially backed Hilary Clinton at the Convention last week. Passion is what brings 1 voter to find 5 voters to say, “Let’s vote for him (or her).”

Branding, word-of-mouth advertising, and attention to marketing, is what helped propel Barack Obama to presidency 2 terms ago. He created a brand awareness and an online social media campaign that will be studied in marketing classes for decades to come. Couple that with him being an incredibly effective speaker, and you have what it takes to become President. Prime Minister Trudeau, one can argue, branded himself in the same way; a leader connected to the people, forever willing to take a selfie with the closest smartphone, charismatic, and willing to use social media marketing to gather the masses and create a passionate following.

Unless Donald Trump is willing to repair his brand quickly, he is destined to have this Presidential loss haunt him and his company for many years to come. Anyone remember Ross Perot? 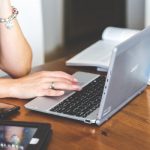 Did you know you can lease a website?Business, Website Design 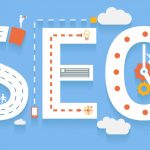