Win! Enter for a Chance to Win a Copy of Disney-Pixar’s ‘Incredibles 2’

With winter nipping at our noses, why not spend some time indoors with the family enjoying this great new release from Disney-Pixar.

I remember watching the original Incredibles movie back in 2004, and was blown away. As a designer, tech-guru, and lover of CG animation, Pixar at the time took a massive step forward in both animated storytelling and its use of computer graphics. The sequel to 2004’s beloved Oscar®-winning The Incredibles, received a mega-strong reaction from critics and audiences — earning a 93 percent critics rating on Rotten Tomatoes, rocketing atop the list of highest-grossing animated films, and surpassing $1 billion at the global box office.

Family members of all ages will be hypnotized by hours of delightful entertainment, with never-before-seen Incredibles 2 bonus material featuring an all-new mini-movie starring Edna Mode, alternate scenes, never-before-revealed details about the making of the film, featurettes highlighting Pixar’s genius artists, and much, much more.

Here’s your chance to win a copy: Head on over to our client’s contest page and follow the instructions. Increase your chances of winning by following all the linked Twitter accounts that are listed.

Good luck to all, and comment on this blog post if you’re one of the lucky winners! 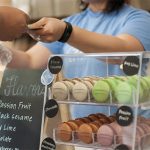 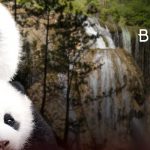